skip to Main Content
Due to the pandemic we are meeting in person (masked) and online. Check our facebook page for the link to our weekly virtual meeting.
?> 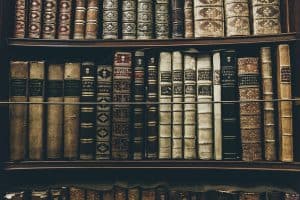 We aren’t really trying to be odd or hard to understand. And yet it seems the words we use, or the way we use them, are a little different. We hope this dictionary helps. Dictionary entries are italicized when used in other definitions.

Called—Our belief is that we can engage directly with the Divine and that Spirit can and will direct our actions in ways both small and large. We refer to our sense that we are being guided as being called. “I feel called to speak today about race relations.” “I am called to investigate adopting a child.”

Centering—Quieting the mind so that the “still small voice” of God can be heard.

Clerk—Of the Meeting or of a committee: The person who keeps the agenda, facilitates at gatherings, and reminds Friends of their purpose when they lose focus.

Concern—When a person feels a Divine calling to pay attention to a certain area of life.

First Day School (FDS)—The same thing as Sunday School. Early Friends called the days of the week First through Seventh Day because they didn’t want to use names that had come from “pagan gods”. Friends still use the numbered days in some official ways, but most of the time we just use Monday through Saturday. First Day (instead of Sunday) has stuck with us.

Friends—Our official name is The Religious Society of Friends. We call each other Friends. Other people mostly know us as Quakers. They’re all good.

Hold in the Light—Our practice of bringing our concerns to Spirit to be embraced by the power and energy of the Divine. “The new session of the legislature is opening this week. We are holding them in the light.” “This week our Meeting For Business faces a difficult decision. Let’s hold this issue in the light.” “I was sick last week. I could feel the energy as Friends held me in the light.”

Holy Expectancy—Our behavior in Meeting for Worship. We believe that if we quiet our minds, we have access to Divine inspiration. We believe this access is strengthened when we quiet as a group. We quiet ourselves and fully expect that Spirit will come into our midst.

Leading—A sense that Spirit is guiding a person to take action. Can refer to speaking in Meeting For Worship, taking a stand in Meeting or in public, or changing something about one’s personal life.

Meeting—1. Short for Meeting For Worship. 2. A Monthly Meeting. 3. The people who make up the congregation.

Meetinghouse—The place we meet. Many Monthly Meetings rent or own a building where they meet all the time. But the term can also be used to mean “the place where we’re holding our services this week”.

Meeting For Business—We meet once a month to take care of business. Financial, practical and/or spiritual matters all come for the group to hold in the light and to be considered by all. It’s official name is Meeting For Worship For The Purpose Of Business. The name reminds us that even in our conduct of business we are waiting in holy expectancy for divine guidance. Whenever Friends become contentious, conversational or off-topic, anyone can call for the group to center by becoming silent.

Meeting for Eating—Our light-hearted way of referring to a potluck dinner. Folks bring food to share, from entrees to desserts, and there’s always plenty. (CFM has vegetarians and vegans so there are always choices.)

A Minute—A single item considered and agreed upon at Meeting For Business. Unity was reached and the recording clerk wrote it down in the minutes.

Presiding Clerk—The person who facilitates at Meeting For Business. The presiding clerk keeps the agenda and attempts to keep Friends focused and moving forward.

Programmed Meeting—Service held by some Friends that looks very much like other Protestant services. They hire a minister to conduct the service.

Quaker Process—Refers to our unique way of doing things. Concerns become leadings, people bring their leadings to Meeting For Business, the Meeting works to understand the leading, holds the leading in the light, asks Spirit to guide the Meeting in deciding what the leading means to the group, and makes a decision when unity is reached.

Quakers—Another word for Friends. It started out as a slur. Early Friends often felt so moved by Spirit that they shook (quaked) as they spoke. Detractors called them Quakers to make fun of them. Eventually the negative connotation was lost and we accepted the word as our own.

Recording Clerk—The person who writes the minutes during Meeting For Business and handles correspondence for the meeting.

Religious Society of Friends (RSOF)—Our official name, used all over the world.

Semi-Programmed—Service held by some Friends Meetings that is partly unprogrammed and partly programmed. These Meetings often have a paid minister who conducts the service.

Silent Meeting—A misnomer used to refer to unprogrammed Meeting. Because we start by quieting ourselves, it appears that we are just silent. Actually we are absorbed in holy expectancy, listening for divine inspiration.

Standing Aside—After everyone has had the opportunity to express their point of view and an item of business has been considered thoroughly by the Meeting (sometimes over months or years), it may occur that one person (or a small group of people) stands alone in opposition to the decision the rest of the group wants to make. That person can then express his/her willingness to stand aside and allow the Meeting to proceed with the decision. (Also see Standing In The Way) No one can force the person to stand aside, this decision has to come from within. Thus Friends do not have disgruntled minorities who feel they lost. “I didn’t want to have a tenant in the meetinghouse, but since the rest of the Meeting believed it was the best solution, I stood aside.”

Standing In The Way—When a person (or a small group of people) stands alone in opposition to the decision the rest of the group wants to make. “Friends, we do not need fancy window treatments when plain and simple ones will do. I am standing in the way of this unseemly expense.”

Testimonies—Our core values and ways of moving through life. Historically Friends have agreed on certain values that resonate closely with our beliefs. We have listed some well-known testimonies here.

Unity—Friends never vote on decisions. We talk about the issue, we ask for Divine guidance, we wrestle within ourselves and among ourselves. The process may take a few minutes, several months, or even years. We do not act unless the meeting reaches a sense of agreement we call unity. Unity doesn’t mean that everyone completely agrees with the decision. It means that as a group, we believe we are called to move in one direction rather than another and there is no strong opposition to the action. “Although we cannot clearly see where the money will come from, after months of prayerful consideration, we feel called to buy the building we use as our Meetinghouse.” See also Standing Aside and Standing In The Way.

Unprogrammed Meeting—Meeting for Worship that has no set program, no liturgy and no clergy in charge. We meet in Holy Expectancy, worshiping in silence, listening to Spirit. Oftentimes Spirit speaks privately to each of us. Other times a person feels Divinely inspired to share a message with the group. We value every message from Spirit, whether private or shared.

Yearly Meeting—Representatives from Monthly Meetings meet once a year to consider items brought by those representatives. Everyone is welcome to attend and participate. There are also workshops for adults, programs for children and youth, daily Meetings For Worship, free time and fun activities. Our yearly meeting lasts 5 days.

There are no upcoming events.

View Calendar
Add
Back To Top
×